Join me on all things travel from visiting a

new destination, attraction or theatre production you must see.

"It's not always about the destination, but

the journey getting there"

Wayward Voyage - Discover one of the most feared and deadliest female pirates of the 18th century - Anne Bonny.
10 views0 comments

If You Knew Hee-Haw About Traveling With Donkeys, Now You Do.

We think about the Christmas biblical story and sing Little Donkey but did you know they originated over 6,000 years ago in Africa and Egypt
9 views0 comments

The World's Volcanoes and Awesome Experiences

There are over 1500 active volcanoes around the world. Did you know you can swim in craters, walk on lava fields and even drive through?
27 views1 comment

A to Z Travel Blog - Zambia

Did you know there are now several Wonder of the world lists? Is Victoria Falls on your bucket list? Here's what not to miss in Zambia.
31 views0 comments

A to Z Travel Blog - Vietnam

Vietnam has a fascinating history, colourful food and epic landscapes filled with rolling rice fields. We would jump at the opportunity to return! Here's why. Ha Long Bay ©MDHarding A to Z Travel Blog - Vietnam Reaching Vietnam * There are affiliate links within this blog. If you click on them I may earn a little money but at no extra cost to you. There are a number of airlines that fly into Vietnam. We flew Edinburgh to London, London to Bangkok and then Bangkok (Thailand) t
6 views0 comments

The Edinburgh International Book Festival is always jam packed with events that are intriguing, interesting, factual and some even hilarious
18 views0 comments
MDHarding

The last in the series of: A wee Highland Coo Van Adventure, roaming Scotland's pastures to graze on nothing but the best! Scotland is famous for it's whisky's, from the distinctive peat to the more smooth single Scottish malts. What is your favourite tipple? Did you know there are over 120 whisky distillery's in Scotland? The main five producing areas are Campbeltown, Highland, Islay, Lowland and Speyside. It is said that Scotland has the best water in the world maybe there
31 views0 comments

A to Z Travel Blog - Nepal 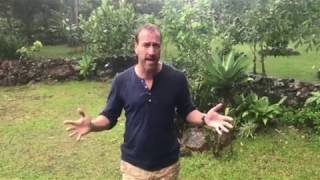 A Preview - Tales From The Wilderness, at the Pavilion Theatre, Glasgow. Ben is an incredible, authentic and awe-inspiring adventurer.
264 views0 comments
Michelles Monologues

From Tree To Toast - Avocado

While travelling the world you pick up a taste for different foods. Now, I can't wait to return to Key West for it's delicious Key Lime Pie Ice Lolly! Yum. I also have a love of avocados. When I heard about The CADO - the world's first avocado museum it struck a cord and I couldn't wait to share! Holy Guacamole. From Tree To Toast - Avocado The CADO - world’s first avocado museum Scheduled to open this month at Liberty Station in San Diego - The CADO. Stated as the world’s f
10 views0 comments

How To Beat Jet Lag and Get A Good Night's Sleep

Discover natural ways of preventing or at least minimising the effects of jet lag and getting a good night sleep, travelling and at home.
20 views0 comments

January is traditionally the month that many set their goals. What about looking after yourself? Discover what Seaweed can do for you.
23 views0 comments
MDHarding

Got to Gigha a Go

The Isle of Gigha located on the west coast of Scotland, is home to a population of 160. At only seven miles long and a mile and half wide it is an ideal walkers paradise, with beautiful gardens - Achamore, beaches and historic sites to visit. Did you know it was named 'Gudey' by the Vikings? Isle of Gigha ©MDHarding Got to Gigha a Go *This blog includes affiliate links. If you click on them, I may get a small amount of money. At no additional cost to you. I love visiting th
27 views0 comments
MDHarding

With Black Friday approaching this coming Friday, the last payday before Christmas I thought I would share something that is available the whole year through. Did you know there are a couple of very good discount deals and coupon sites that offer up to an astonishing 90% off on items such as homeware to exotic holidays? You're maybe thinking "I'm not sure of the quality/returns and it sounds complicated", well I wouldn't blame you. There we're some of the things I thought abo
8 views0 comments

It saddens me terribly that there is so much plastic in the world, we're leaving our mark on a beautiful planet that younger generations are inheriting with devastating issues. Did you know that it can take up to 1000 years for a plastic bottle to biodegrade? Inspired by Totally Thames Festival and Did you know that this month, July is #GoPlasticFree? I've been inspired to put together hints and tips of how you can take care of yourself and the environment with these great tr
6 views0 comments

A to Z Travel Blog - Cyprus

Cyprus dates back to neolithic times with many Roman sites. Known as the birthplace of Aphrodite the god of love. Here is what not to miss!
15 views0 comments
MDHarding

A girl can never have too many bags and finding the right one for the right occasion or travel itinerary is always important. My life was made so much easier when traveling to the north of India with Cabin Zero. Read on to discover why and also a limited promotional offer especially for my readers/subscribers for your own Cabin Zero. Travel In Style With Cabin Zero What is Cabin Zero Like most of us travelers, the story started with a travel adventure. The problem was trying
47 views0 comments
MDHarding

"There was something in Stevenson of what was later defined as the nomadic Scot, a person with vision rooted in his homeland but keen to move towards ever more distant, dream-like horizons." - Kenneth White, The Wanderer and His Charts, Edinburgh, Polygon Books, 2004. Robert Louis Stevenson in Samoa - Joseph Farrell Title: Robert Louis Stevenson in Samoa Author: Joseph Farrell ISBN: 9780857059956 Available in Hardback, Paperback and also e-book I have been inspired by both th
17 views0 comments
1
2